In 2006 my Dad saved my life. Had I chosen the gym rather than a visit to my local GP life could have been extremely different, no son, no attendance at friends weddings, social activities, watching my son play football, golf and a life of endless possibility… Split second choices and decisions are life-changing.

When sustaining a full rupture of my patella tendon, broken tibia and fibula I underwent the most gruelling rehab ever imaginable. But despite such traumatic circumstances there was still that glimmer of hope I could defy the odds along with the Consultant’s recommendation never to play rugby or full contact sport again. Hypertrophic Cardiomyopathy was a completely different ball game, a silent killer that has taken far too many of our promising up and coming athletes let alone those who have dedicated their lives to professional sport.

Remember the movie, “Any Given Sunday”, where Al Pacino gives a breathtaking motivational speech about the inches being all around you (or something to that degree…) well life I feel is very much the same. I remember a conversation with Mitchell Cole, a former professional footballer only a year earlier where we met and spoke about the diagnosis of our condition. Mitch, much to my admiration still played football without the fear despite his diagnosis albeit at a non-professional level. However, I made the conscious decision to steer away from physical activity through fear of dying or experiencing the intense clamping pain that triggered a few years earlier.

Getting that phone call to say Mitch had passed away from a cardiac arrest was numbing. Did I feel guilt in not telling him to stop playing football or to just get the ICD? Of course, but despite this I have still chosen against such advice. Like Mitch I wanted to live my life as normal as possible, be a great dad like Mitch was to his children and push myself beyond my limitations in new and different ways.

Yes, I lost my identity and who I was as a person, or who I believed I should be in the face of other people. Not having that athletic status made me feel empty. I had nothing to fill the void, instead mourning the life that I use to have, feeling completely dead from the inside out.

My black hole was an incredibly gloomy place with no exit or light, just a void of intense darkness. Normality became somewhat of a forgotten word or a word without meaning. What became normal was living a party lifestyle existence that wasn’t authentic to me. Binge drinking, women and thoughts of wishing my heart had sounded its last beat on the rugby pitch were regular. Talking to others was not a consideration as how would you or anyone else understand what it was that I was going through… I felt paralysed and incapable of expressing how I truly felt to anyone other than myself.

When people use to tell me how lucky I was it was the exact opposite how I felt inside. I had to live with the consequences, the feelings of intense jealousy towards others who could jog on the road in the summer, attend the gym and participate in all sporting activity. I had to deal with the vulnerability of entering a chapter of my life that was uncertain and often met with awkward silences when someone put their big size 9’s into the deep dark hole, saying something they felt they shouldn’t have.

Questions circulated like a man possessed with “Who am I?” often on repeat as I no longer had a clear answer. I had failed to achieve my goals in sport, academically I was never interested, reflected in my poor initial grades and not much else was of interest. My life looked like one of underachievement, failure and lacked intent and ambition.

What changed after the birth of my son, Jerome (Read Life, Death and Business Article to learn more…) was a magical moment of clarity. Rather than be argumentative with those that I loved I had a choice… either I continue and make my son resent me or put what happened to positive use… I really thought deeply about what I had in my life rather than being totally self-centred and thinking only about number one. There was so much to be thankful for, I had a real opportunity to move forward and achieve in areas of my life that would have remained untapped. The challenge was laid down it was a question of whether I had the strength to draw upon all that I had learnt from life to steer my ship in a positive direction…? 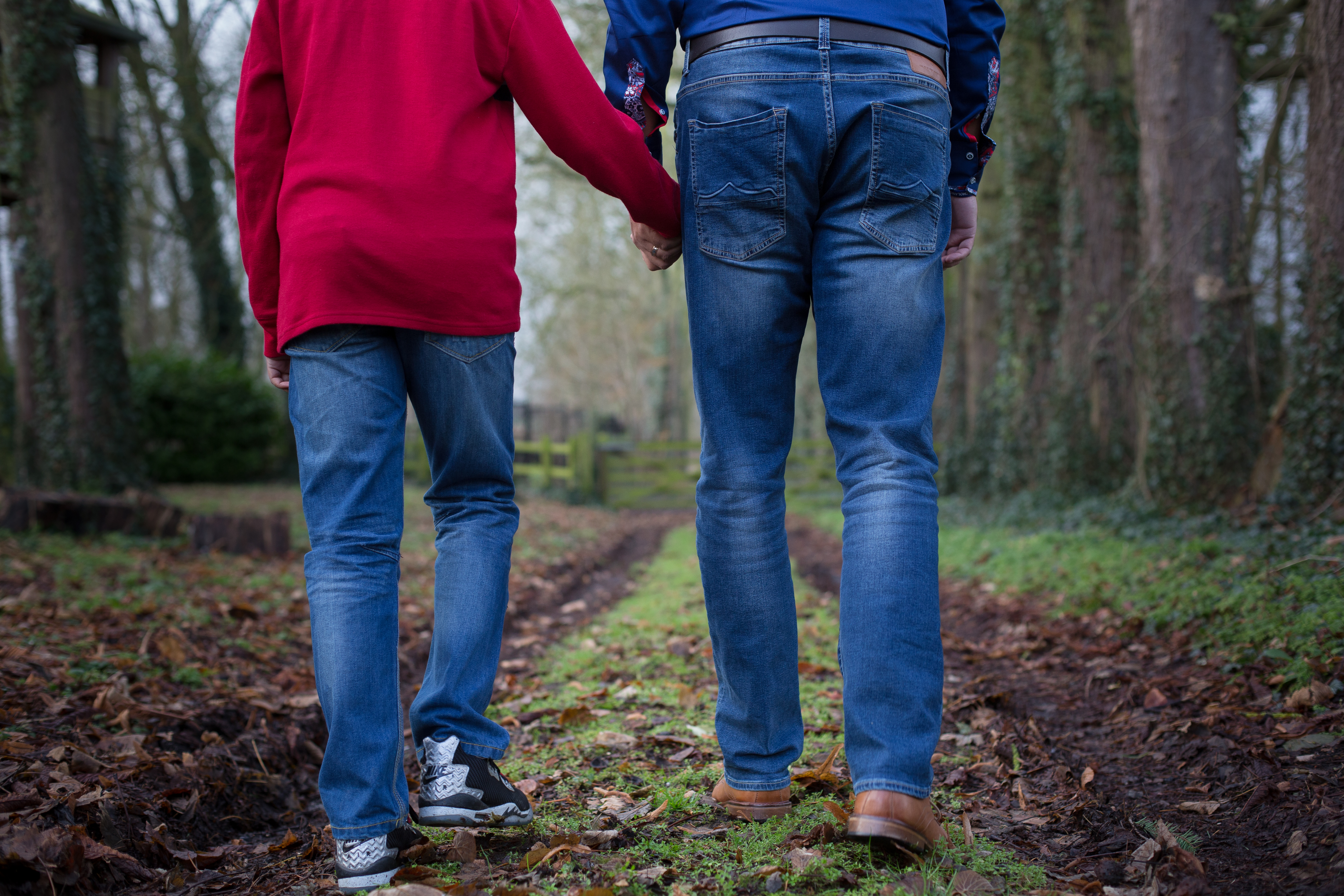 Life was not over as first feared, it just opened a new and exciting chapter, one that was unknown and uncertain adding to the excitement. I knew I wanted to serve others and create something that was far bigger and greater than myself. Living and not dying, visiting the GP as opposed to going down the gym were all significant moments and potential turning points that paved the opportunity to make a powerful and lasting difference to the lives of others who had or would face a similar path.

It would be a journey that would explode into a mix of emotions contributing to an overwhelming crisis in identity, isolation, fear, anxiety and a sense of no longer belonging. A life shattered before your very eyes in a matter of seconds, outside of your control and comfort zone but one that would ultimately result in the biggest blessing and turning points you could ever imagine.

Stepping into my discomfort zone was easier than I thought. Life experiences and learnings along the way have brought me to this point where I feel able to move forward rather than treading and being swallowed up by the quicksand beneath my feet. Distressing circumstances like the full rupture of my patella tendon, broken tibia and fibula gave me the strength to foresee the difficult road ahead despite the tremendous obstacles that would be encountered.

Once moving past the dark black hole that I stared at directly the denial changed into greater acceptance as the mist and depth of suffocation began to clear. My son was the immediate trigger for wanting to live but years down the line I recognised the need to give back to others.

I would use my own experiences to share, expand and create a depth of awareness about ones self that would allow people not to suffer in silence but to move beyond the pain and into the light. I recognised that the learnings from my past would skyrocket the resilience in others so that their own transition into a life of uncertainty would be built on the strength needed to overcome obstacles and challenges with speed.

It took me years to appreciate all the good things in my life and use the past to create magnificent experiences in others so you continue moving and progressing beyond your own perceived limitations. My life has changed dramatically, not always in positive ways but I have learnt to use my past to provide me with the strength to deal and overcome situations far quicker than ever before.

Studying psychology degrees and investing heavily in personal development has ignited a much faster response due to my ever expanding toolbox but the biggest satisfaction is my continued passion to helping others shift into an optimistic mindset. You will encounter heightened levels of happiness, joy, and camaraderie with others in the tribe alongside intense feelings of euphoria and vigour when rising to and overcoming the challenges that exist.

Everything comes down to attitude and mindset. Let me ask you this… Who is more disabled… the person who sits on the sofa eating crisps, watching the latest episode of Eastenders refusing to move and do anything constructive or Kyle Maynard, the first quadruple-amputee to climb Mount Kilimanjaro and Mount Aconcagua without the aid of prosthetics?

Class of Courage was established to utilise my personal experiences, in-depth knowledge and understanding of Psychology and Personal Development alongside the inspirational stories of optimism, the striving to overcome and the mental toughness to succeed from others within our incredible tribe. I am still learning each and everyday but I know that together WE will achieve more. Our community is always looking for those who have suffered life changing physical trauma, health conditions and/or disfigurements but are open to igniting a change in mindset and moving towards 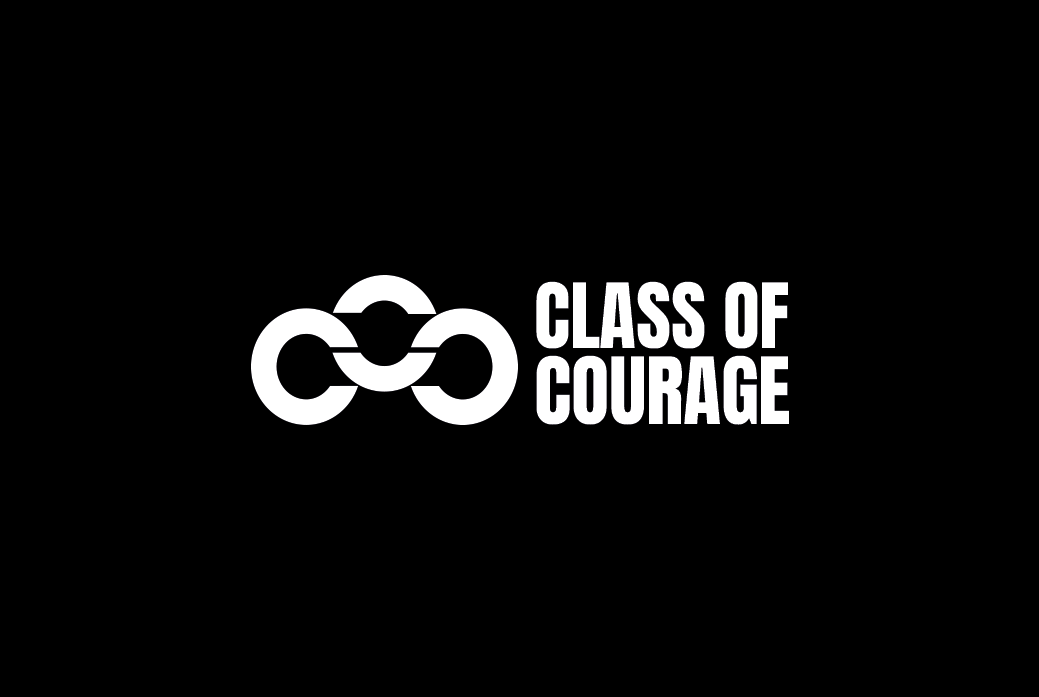